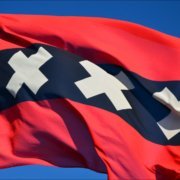 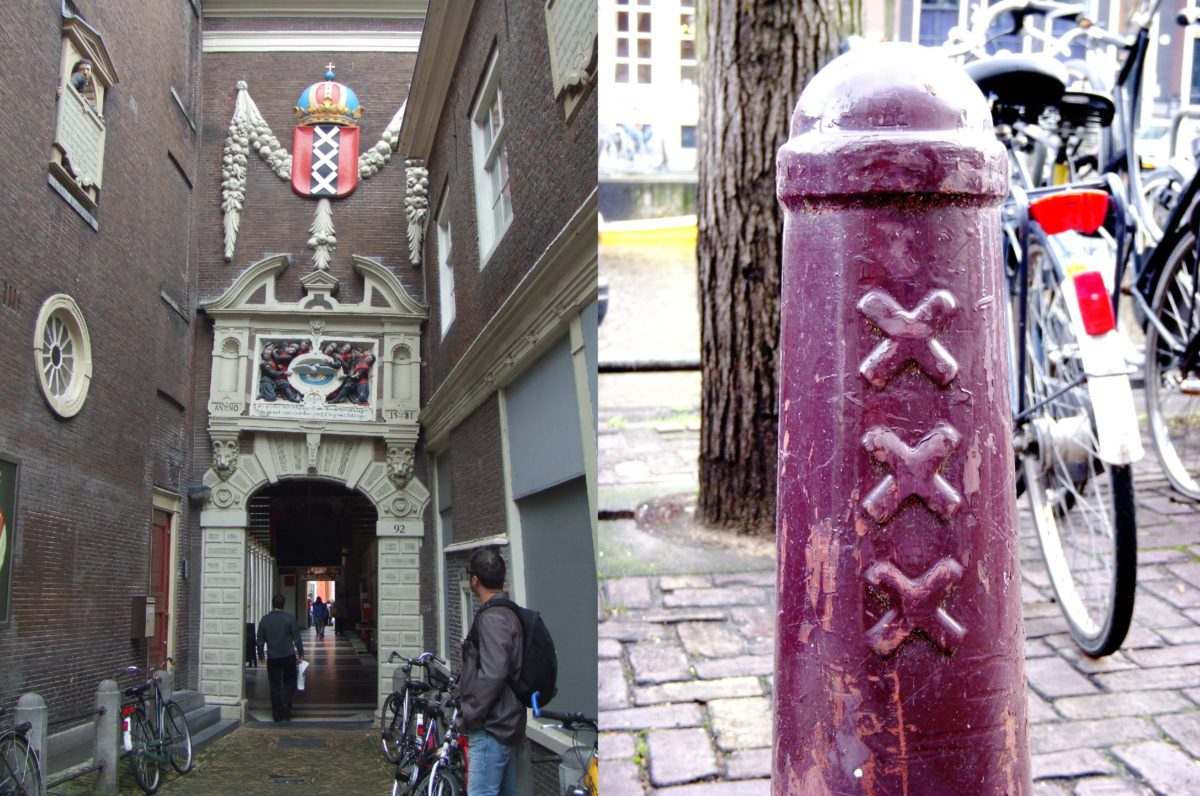 Why is everything so orange?

It’s easy to notice that the Dutch like orange, or at least that’s what they sell to tourists on the markets-and we’re not talking about the fruit, but rather that super bright color everywhere around the souvenir shops. And if you’ve ever visited Amsterdam on King’s Day or during the football championships, you’ve seen the most of it, and we bet it was orange! On special occasions the whole city turns orange, but why would that happen counting the fact that colors of the Dutch flag (red, blue, white) have nothing to do with it? The secret lies within the Dutch Royal Family that originates from the House of Oranje-Nassau with the ancestry of the current king of the country Willem-Alexander going back to William of Orange (Willem van Oranje). They also call the national football team Oranje and most of the Dutch sporting teams wear orange uniform. This way the color unites the whole nation and becomes the symbol of Amsterdam. 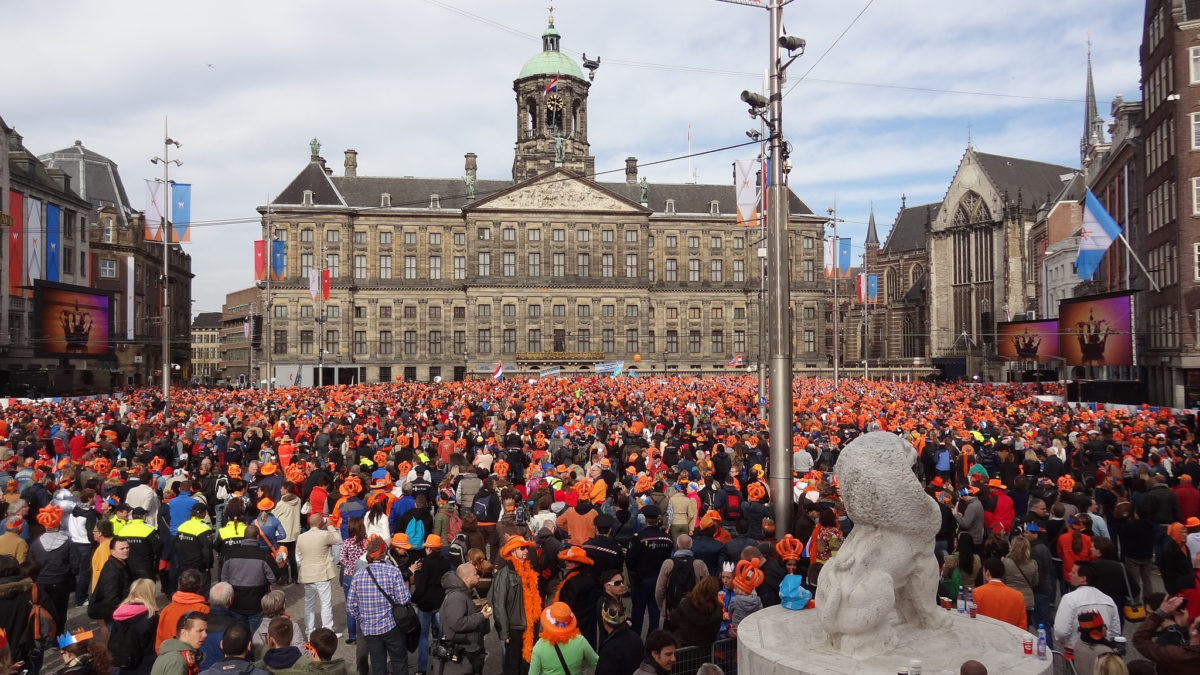 Does it even count that you’ve been to Amsterdam, if you don’t have a picture in front of the world famous I AMSTERDAM letters? This symbol has become so present in branding of the city that it can easily be one of the most visited sightseeings in Amsterdam. What started as a marketing campaign, has truly become the catch of the town and everybody wants to bring a piece of it home. The huge letters are located at the back of the majestic  Rijksmuseum, and lots of people try to climb them and get the best shot. Here comes just a small tip: if you want to avoid lots of other tourists on your exclusive picture with I AMSTERDAM sign, then come late in the evening- you will be surprised how empty it gets. 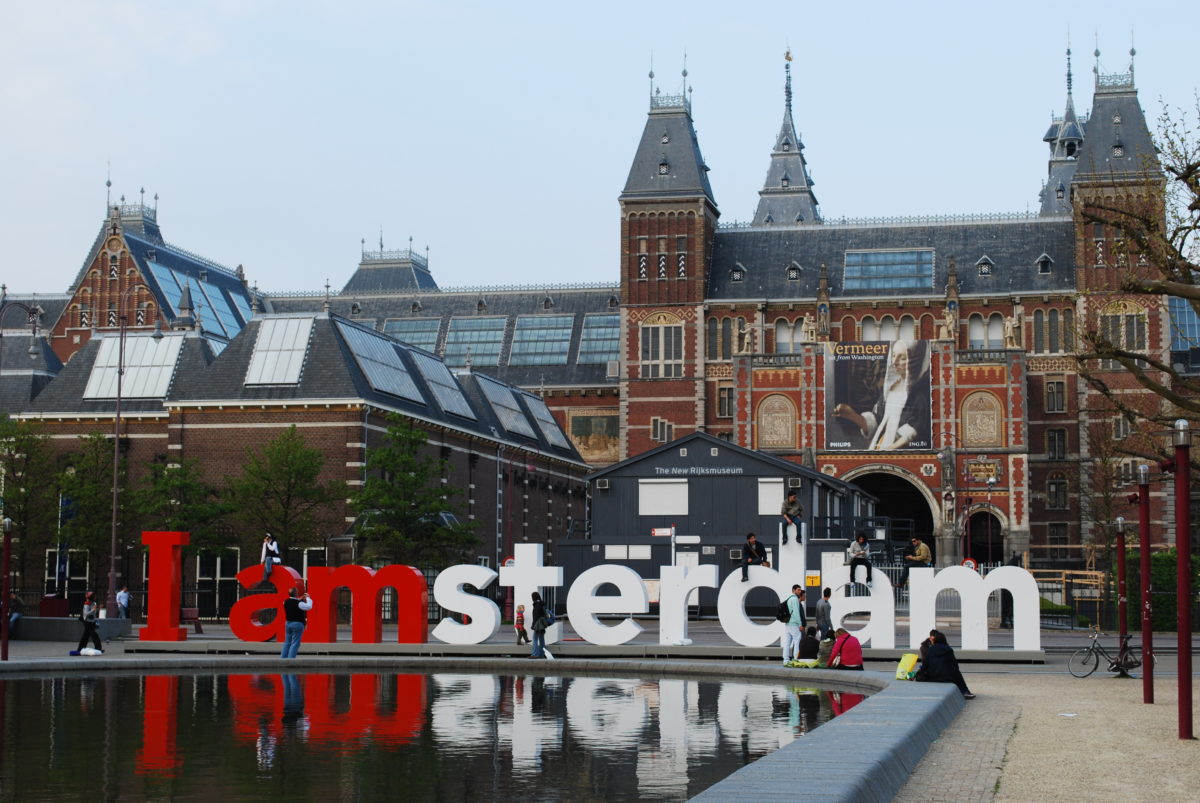 When you happen to be at the right place at the right time, you can also spot another set of the magic letters at other locations such as festivals, fairs, fashion shows and important events of the city. Sometimes you can even see it in rainbow colors, especially when Amsterdam celebrates love, freedom and diversity. The city constantly plays around with the location, and this week (until 7 August) you will find the travelling letters close to the Amstel River in front of the Hermitage due to the Canal Parade there. And for those who want to have it all, take a seat on a red handmade I Amsterdam mosaic sofa right outside of the reception of City Hall at Amstel 1. You can also have a moment with the symbol sign at Amsterdam Airport Schipol right before finishing your amazing trip.