The Secrets of Amsterdam

It is hardly possible to find a person who has visited Amsterdam and remained indifferent towards this magical city. Somehow Amsterdam captures the hearts and offers something unique for everybody. However, it keeps so many secrets that when discovered add up even more to the experience and a positive image. Now is the time for us to share some of these hidden gems of Amsterdam with you and open your eyes to the secrets this city hides.

For those who wanted to travel whole Europe but chose Amsterdam as the only destination, these seven 19th century houses that represent seven different countries and architectural styles in Amsterdam can replace an entire Euro trip. Being built in a row in Amsterdam Zuid, these 7 houses bring you to Italy, Spain, England, Germany, Russia, France and the Netherlands. Try to guess which house comes from where and then check your answers with names above the buildings’ doors. 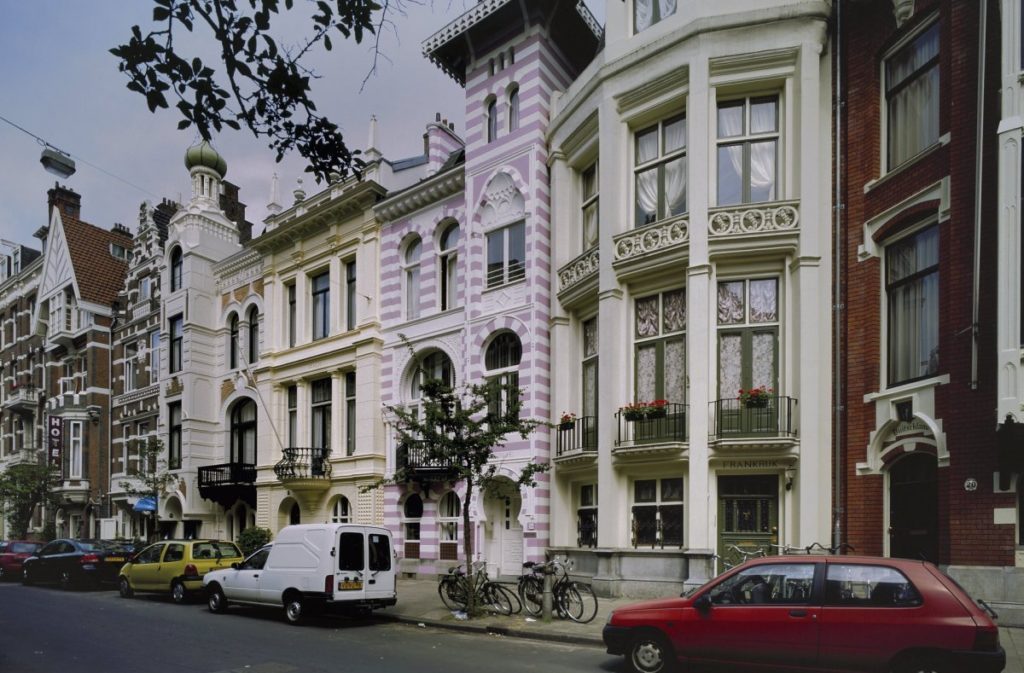 You enjoy museums in Amsterdam, but already done with Rijksmuseum, Stedelijk Museum, Van Gogh Museum and still want more? Then a great idea would be to see the life in a houseboat from inside out. Yes, we are talking about one of those adorable houseboats along the  winding canals of Amsterdam. Except for it is the Houseboat Museum now, that will welcome you home and answer all your questions about how things can be run in a former freighter. 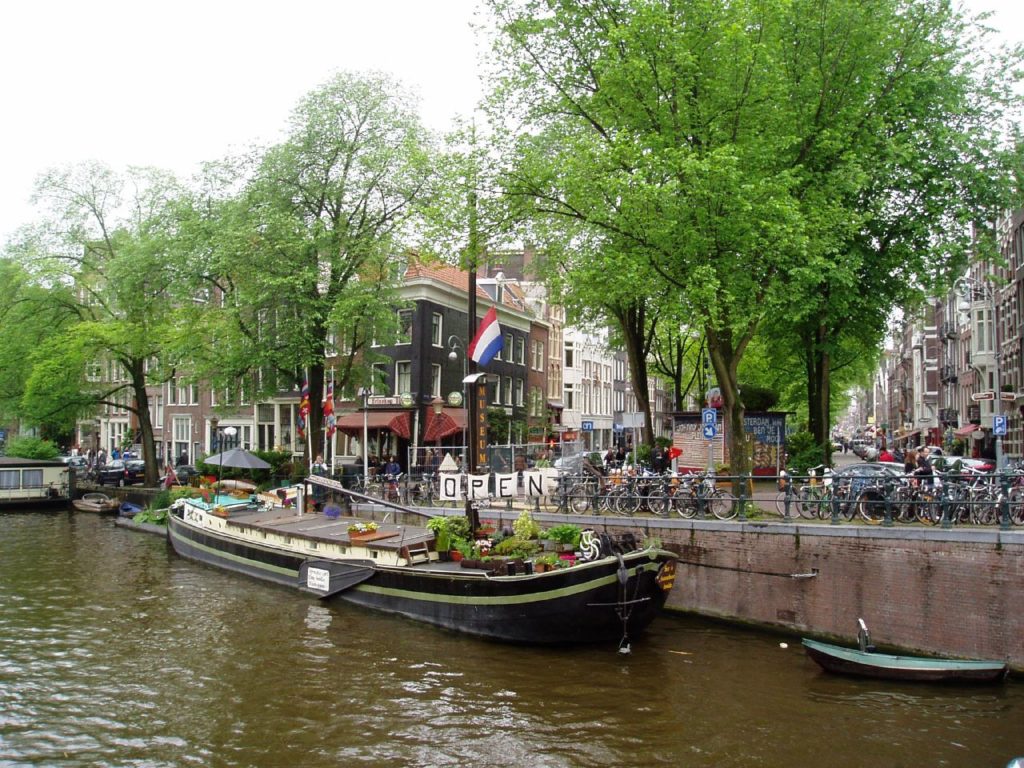 If you love cats, nothing should stop you from visiting a very special KattenKabinet in the 17th century building. Numerous drawings and paintings are devoted to cats here, which by the way can be seen walking around the art museum. Don’t think that it’s a small scale exhibition, as even the pieces by Remrandt and Picasso can be seen at KattenKabinet.

Since we are already in the canals area with the cats, lets continue around here and see 15 bridges of Amsterdam from one observation point. So if you are standing on Herengracht with your back towards Thorbeckeplein, you are facing 6 bridges across Reguliergracht. Then turn your head to the left and see 6 more bridges across Herengracht, to the right-and you will spot two more of them. Where is the last one, the 15th bridge? Right under you! In case you’re confused and your head is spinning from all the information, see this map for the exact location you should find to have this moment of bridges in Amsterdam.

Sometimes you just need to push a door to uncover Amsterdam secrets, see the life of locals and delight in the hidden gardens and Dutch inner courtyards (counting you know what door to push of course!). There are so many of them that every day you can open one up for yourself, but we will sneak into only the most wonderful ones.

The Begijnhof is the oldest and one of the largest courtyards in Amsterdam. Its history goes back to 1150, while the oldest house here (in fact in whole Amsterdam, and even a wooden one!) dates to 1528. This courtyard, where Catholic women used to live together, is proud to present not only a beautiful garden and dancingly leaning house, but also two 15th-16thcenturies still acting chapels.

Begijnhof 30 (right next to the Spui)

This inner garden in Jordaan has been showing its beauty from the 17th century, while the building around it used to be a widow’s hospice.

The door leading to Zon’s Hofje concealed a Mennonite church in 1650, and now the 18thcentury clock and a carving on the stone serve as witnesses of the history here.

A Real Picasso in the Vondelpark

Here comes the secret that even not so many Amsterdammers know about. The well-loved Vondelpark keeps an original sculpture by Picasso himself. So many locals pass it by bike and so many tourists walk by it without being aware of who the master of the piece is. In 1965 this Figure découpée l’Oiseau was created by Picasso for an outdoor exhibition and later donated by him to our favorite city.

How wide is the narrowest house in Amsterdam (also believed to be the narrowest in the world)? Not wider than a door to your bedroom-just 1 meter wide! The best part is that when you come to see this house, you will also see the widest pedestrian bridge in the city called the Torensluis. Moreover, there used to be a prison under this bridge! Pay attention and spot an arched entrance and tiny windows of the prison cells underneath there. 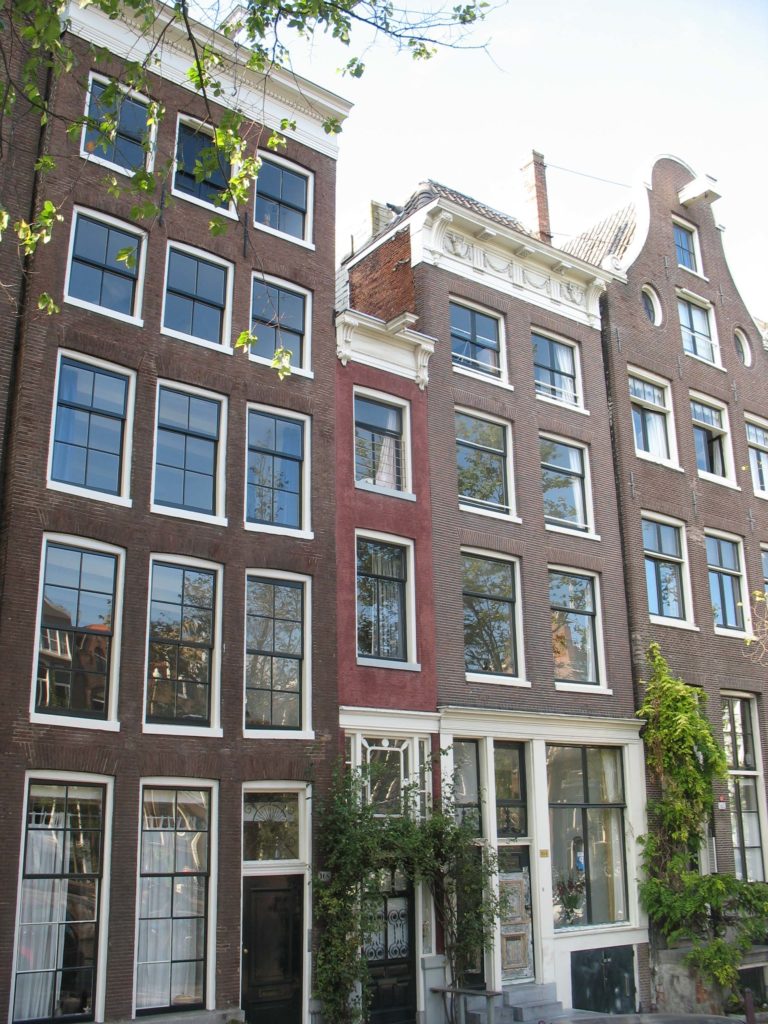 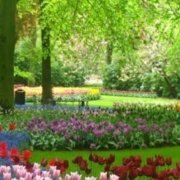 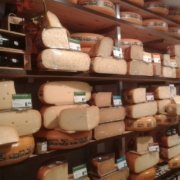 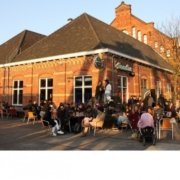 Sun Catching at the Best Amsterdam Terraces
FOLLOW US!